On our way, we met many travelers. Some were organized tour. We saw them in their small van Soviet gray, often four to six groups, from one site to another in a drop of engine. One of them one day asked us if we did not bother too much cycling in these large areas rather monotonous… This may seem justified, more…That Nenni ! And yes, and instead, we surely more fun travelers motorized-timed, because sail peacefully brings advantages, thanks in part to animals !

Et quand on y regarde de plus prêt, Mongolian Nature is full of beasts a little more discreet, sometimes dare to approach the camp for our little joys ! 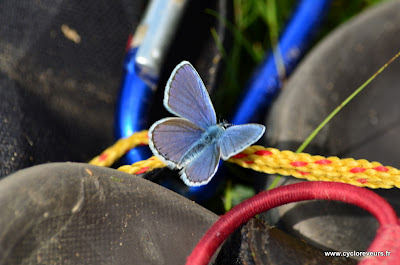 And of course, raptors are everywhere. Just look up to see them.
We also surprised predator (vultures we confirm perhaps birders !?) and other somewhat more volatile tenderizing…

And to the end, we reserve our most amazing friends ! These camels, we did not expect to cross before entering the Gobi Desert. But they are there, with their strange looks and quiet impressive both ! 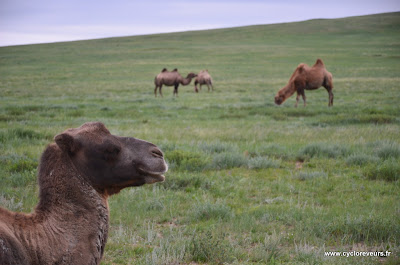 Then, the animal specialists, Have we done wrong predictions about the name of the species found ?